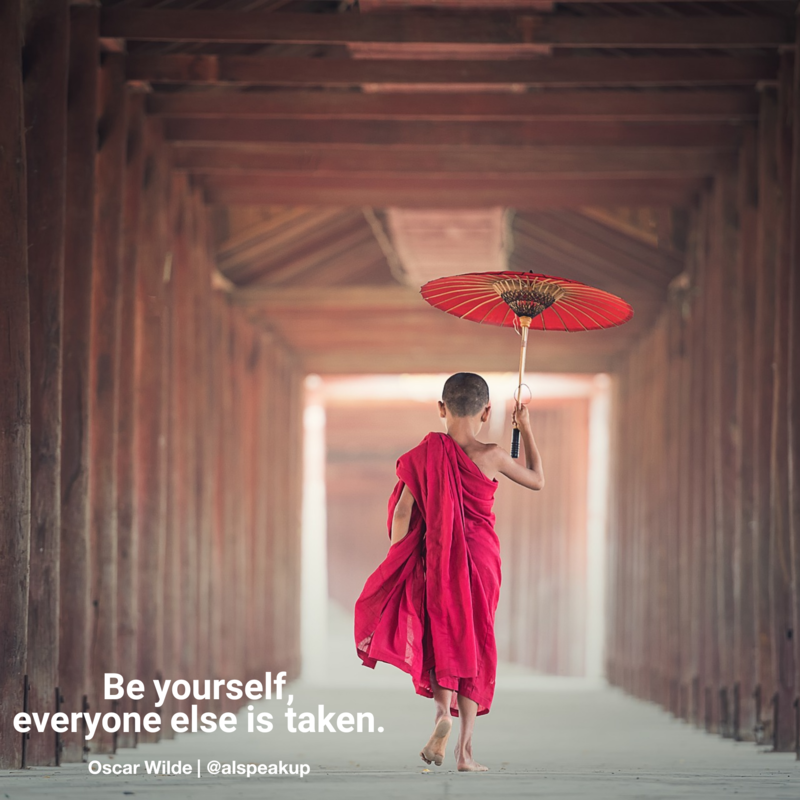 Image: Wordswag App and Pixabay
Being true to myself is the hardest thing I have ever done. It takes a ton of energy and I'm lazy. I thought that I'd be able to just walk around and exclaim to the world that I have decided to just do and be me and that would be that. That everyone else would just go with it. But no, that's not what happened at all! I became a loser. People whom I thought would support me "finding myself," rejected me. Some told me that they no longer liked me, some started talking about me behind my back, and some just ghosted me completely. A few, indirectly, let me know that I was being "a bit much for them" in my quest to just be me. They didn't like it for some reason. With all that rejection and loss, I almost have up. I mean who could blame me for feeling the way I did? My life got really small and really dark really quickly. This hurt and totally sucked.
But I have a hard head, at least this was said to me a lot as a child. So being the determined individual I am I continued on my quest. I mean, what was the worst that could happen? I'd be alone? Well, at least I liked who I was becoming and that was worth the solitude to me. But honestly, I was becoming totally exhausted.
Then, something amazing began to happen: other people who are their authentic selves started popping up in my life. At first it was weird. I was like, "are they just here to make fun of me?" Because if that was the case, I was more than ready to treat their appearance like a good old fashioned game of whack-a-mole! Fortunately for them my mallet was busy hammering out things that were not going to allow me to stay on my task of being true to me so they were spared and I started having real relationships with really true people. People who inspire and like me to be true to myself. People who get inspiration from me being true to myself.
Now, I have an exchange of positive energy and the hard part is typically because part of being me is really liking sleep so most mornings I don't want to get out of dream land. I have also observed that a another good thing is what was lost on this quest of authenticity is not missed. Not at all. The more I do it, the easier it is. Go figure.